For the 2014 race season, Justin raced a Late Model in the NASCAR Whelen All-American Series for 10 races at Hickory Motor Speedway with (4) Top 15’s; (4) Top 10’s and (1) Top 5. Even with only racing 10 races, Justin was awarded a NASCAR Top 500 Certificate for ranking within the top 500 of drivers from all over the U.S. competing in the NASCAR Whelen All-American Series.

Justin’s first season of racing in the NASCAR sanctioned limited late models was at Hickory Motor Speedway in Hickory, NC during the 2013 season. Asphalt racing is a unique sport where races and even practice costs thousands of dollars. The family was able to fund 6 races and Justin came through with impressive results – (1) Top 10; (5) Top 5’s including (2) wins.

Prior to racing late models, Justin raced in the INEX sanctioned Legend Car series in the Semi-Pro Division.

At the end of the 2012 season, Justin in just his first year: 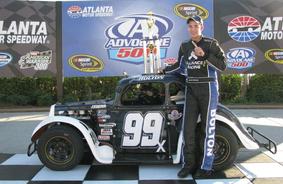 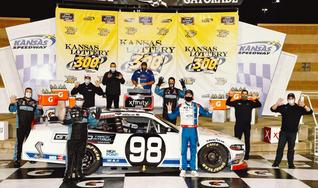 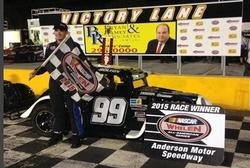 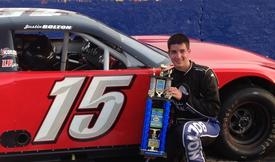 January 2019 - Justin is employed as an Engineer at Stewart Haas Racing in Kannapolis, NC for their Xfinity teams 00 and 98.

2018 - Justin worked as an Engineer for JGL Racing & then Fury Race Cars in Mooresville, NC.

December 2017 - Justin graduated from UNC Charlotte with a Bachelor of Science Degree in Mechanical Engineering with an emphasis in Motorsports.